Would you like to switch to the accessible version of this site?

Don't need the accessible version of this site?

History of the Tooth Fairy 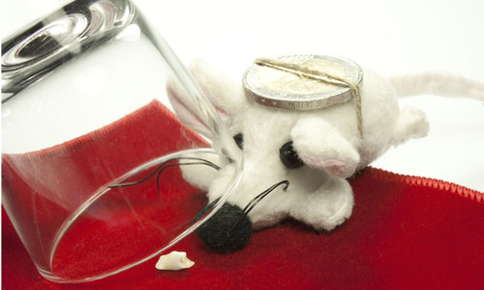 Most kids would scream in terror at the thought of a stranger in their rooms at night, unless that midnight visitor was the tooth fairy, of course. How did the winged woman with the strange fascination for teeth get to be so popular? It all started with a scary French story.

The 17th-century French fairy tale "La Bonne Petite Souris" (the good little mouse) is thought to have been the inspiration for at least part of the tooth fairy myth. The violent story centers around a queen who avenges her husband's death by targeting the evil king of a rival kingdom. After spending years imprisoned by the king, the queen defeats her captor with the assistance of a friendly fairy. The fairy turns herself into a mouse, knocks out all of the king's teeth, and then hides them under his pillow before eventually killing him.

The gruesome story not only introduced the concept of hiding lost teeth under a pillow, but also established the fairy's role in the entire process.

The loss of a child's tooth was as much of a milestone hundreds of years ago as it is today. Researcher B.R. Townend discussed several ways cultures marked the important transition, such as:

Placing a lost tooth in a mouse or rat hole may have been intended as a sacrifice to the resident rodent. People in some cultures believed that offering a lost tooth would increase the likelihood that the child's permanent teeth would become just as strong as rodent teeth. Eventually, mice made things easier for children by retrieving the teeth in the middle of the night, rather than waiting for kids to put teeth in a mouse hole.

Customs Around the World

Today it's a mouse, and not a fairy, that leaves money or gifts for children in many parts of the world, including France, Mexico, Spain and Peru. Children in Sweden and Argentina put their teeth in a glass of water, according to Delta Dental. The mouse takes the tooth, drinks the water, and leaves a few coins for the lucky boy or girl to discover in the morning. Magical mice in South Africa and Colombia find teeth under pillows or in slippers, while the Filipino Tooth Rat picks up teeth from windowsills.

Lost teeth are thrown into the air in the Middle East and Japan, but kids in Japan can't just casually toss their teeth. If they don't throw the teeth straight up or down, their permanent teeth may grow in crooked, according to local myth. Some parents even use lost teeth as a means to guide kids to desirable career choices. Turkish parents who would like a doctor in the family, bury teeth next to a hospital, while those hoping for an engineer find a spot near a local engineering firm.

How the Tooth Fairy Became Popular in the U.S.

The tooth fairy didn't become a part of life in the U.S. until after World War II. The country was prospering after the war, and as a result, many parents had a little extra money to spend on their children. During the same era, Walt Disney introduced whimsical fairies in his popular animated movies. Whether they were turning a pumpkin into a coach for Cinderella or making a dress for Sleeping Beauty, movie fairies used their magical powers to help and reward people in need. It's not clear in which part of the country the fairy first appeared, but soon kids all over America were eagerly awaiting tooth fairy visits. Given America's fascination with fairies, it's not surprising that they, rather than mice or rats, become a part of our folklore.

What Does the Tooth Fairy Pay for a Lost Tooth?

When Delta Dental surveyed caregivers about average tooth fairy payouts, they discovered that Western teeth are more highly valued than those in the Northeast, South or Midwest. Children in Western states receive $4.85, while those in the Northeast get $4.35. Southern children can expect to see $4.12 under their pillows, while Midwestern kids only receive an average of $3.44 per tooth.

Regular dental visits both before and after the tooth fairy visits your home for the first time will help you protect your child's smile. If it's time for your child's next checkup, or you're concerned about a dental issue, give us a call.

CBC: Tooth Fairy or Tooth Mouse?: 4 Legends from Around the World

Salon.com: Don’t Tell the Kids: The Real History of the Tooth Fairy